Each year the ARCS Light award is given to a member of each ARCS Foundation chapter who has displayed commitment and long-term service at the chapter level. The recipients are honored for serving in board/leadership positions, establishing Scholar funds and collaborating with university partners, chairing special events and recruiting new members, and providing expertise in chapter operations. 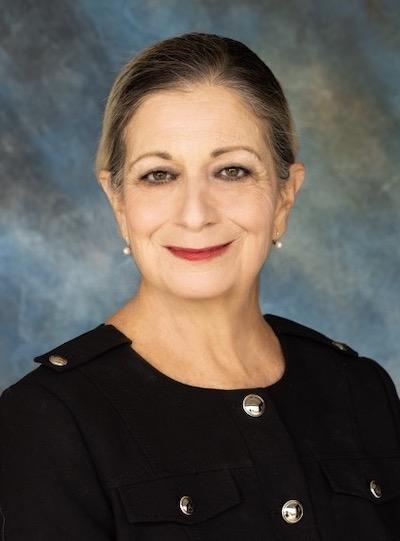 June Chocheles joined the San Diego Chapter in 2014 and has been generously giving her time, talent, and treasure to ARCS ever since. This honor could not have gone to a more deserving member!

Here are some of June’s many accomplishments: From 1979-1983, she worked at the Smithsonian Institution in various capacities, promoting research and educational activities and managing a variety of special programs and events.

After moving west, she had a distinguished 23-year career with the Science Applications International Corporation (SAIC), where she held a variety of positions focused on program management, operations and business development.

From 2006-2007, as the COO of CONNECT, June led the development of operational process improvements in support of CONNECT’s mission: providing entrepreneurs in San Diego’s start-up community with the resources and programs to promote growth and success.

Beginning in 2003, June became very involved with Athena, a women’s advocacy organization that fast tracks women in STEM through leadership development. She founded and chaired Athena’s Pinnacle Century Club Scholarship Fund Campaign, which provides scholarships to undergraduate female students in the field of STEM. She also joined the Athena Foundation Board in 2011 and was Board President from 2012-2014, during which time donations toward Athena’s fundraising campaigns increased dramatically.

Prior to joining ARCS, she was an active member of the ARCS Community Advisory Council, a Fund Development Committee effort to establish a connection to the business community.

After joining ARCS, she used her connections in the biotech community to increase sponsorships to the Scientist of the Year (SOY) events. She streamlined our procedures and brought us technically into the 21st Century, unofficially gaining her the title of "Ms. Matrix." She has also served on the ARCS San Diego Board, most recently as Executive VP and VP/Fund Development.

In addition, June is a classical violinist and a fine arts painter. She has dabbled in a variety of sports, including biking, swimming, sculling, yoga, and running. Most especially, she is a lovely, caring individual, always willing to step in and go the extra mile.